The progress in the technology domain is developing at a rapid speed. Every day comes up with a new surprise in the form of inventions. Earlier work was manual and sometimes consists of a lot of errors and takes a lot of time in the completion of the project. Technology is offering us a hassle-free life. As far as education is concerned, it is witnessing many changes till now. Many changes are taking place to enhance the process of learning. In the digital era, education is moved online. It is also making the process transparent and authentic. 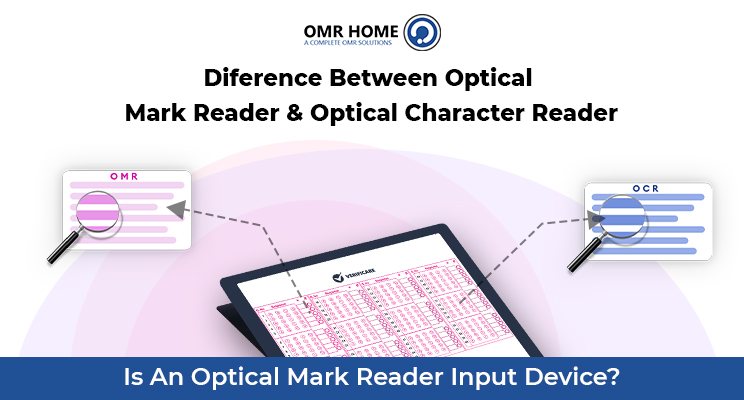 Many universities and institutes are relying on the OMR-based examination. It is easy for them to gather data and for students, it will help them to improve their decision-making skills. Many government universities are relying on this form of examination as it is authentic. After the covid-19 pandemic, CBSE introduced new guidelines for conducting OMR-based exams. This led to an increase in demand for OMR software in the market. Schools and colleges are skeptical about using the software as it is new. OMR is easy to use and does not require an additional workforce to design, print, and scan OMR sheets.

There is a misconception amongst the minds of the people that OMR and OCR are similar, although, there is a slight difference between Optical Mark Reader and Optical Character Reader.

OCR and OMR technology in OMR are utilized to convert images to a readable format on the computer. Both OCR and OMR consist of hardware and software components. The scanner does the image reading which interprets it into a digital format. The OCR system consists of optical character recognition software, while the OMR system consists of an optical mark recognition reader, scanner, and software. OCR is mainly used in the banking industry, legal industry as well as health care. Whereas OMR technology is utilized in ballots, educational tests, surveys, and reports. It scans the document and reads the marks automatically. There are also many other basic difference between optical mark reader and optical character reader.

SEE ALSO:  What is an OMR Application? What is the difference between OCR ICR OMR?

We all know, OMR is gathering information from examinee by recognizing marks or filled bubbles on a document (OMR Sheets) by them. The OMR Sheet cannot be not considered as an input device. However, Optical Mark Readers that reads those OMR Sheets, can be considered as an Input Device since it is sending data (input) to the computer for processing and for generating results.